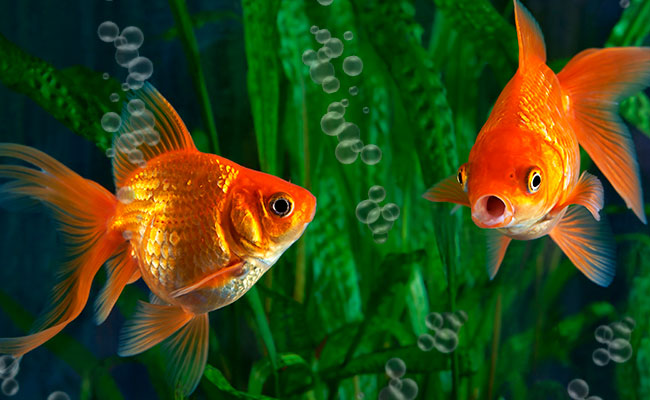 How To Increase Oxygen In a Fish Tank?When it comes to aquariums, oxygen is one of those things that we know we need but often overlook due to its invisibility. That is until there isn’t enough oxygen in our tanks, at which point we start thinking about it and looking for ways to boost it.

We need to know where our fish acquire their oxygen before we can even think about boosting the oxygen levels in our tanks. Believe me when I tell you it’s not from the places you’d expect!

More oxygen can dissolve and more carbon dioxide can escape as a result. Installing an air pump can also provide a source of fresh oxygen.

Read till the end, to better understand How To Increase Oxygen In a Fish Tank?, Moreover, signs of low oxygen in the aquarium. Furthermore, technique how to add oxygen to fish tank at home.

Where Do Fish Get Their Oxygen From?

Your fish get their oxygen from the air around them rather than from their water. This may seem confusing given that water already contains oxygen, but it isn’t.

Because the hydrogen and oxygen that makeup water are inseparable, your fish won’t be able to extract the oxygen they need to breathe.

Fish, on the other hand, get their oxygen from the water’s surface, where a process is known as ‘gas exchange’ takes place. The air and water exchange CO2 (carbon dioxide) from the water for O2 (oxygen) from the air, which is why it’s called an exchange.

Because fish breathe in oxygen and exhale carbon dioxide, this is a useful and ongoing transaction.

How Can I Tell If My Oxygen Levels is Low?

Unfortunately, there are no alarms or loud sirens that will sound if the oxygen levels in the fish tank fall below a certain level.

Getting a testing kit and measuring the amount of dissolved oxygen in the water is one of the simplest ways to identify if there isn’t enough oxygen in the fish tank.

However, while it isn’t always straightforward or obvious, you may tell if your fish isn’t getting enough oxygen by their behavior.

Signs of Low Oxygen In Aquarium

Your fish will become lazy and move around a lot less if there isn’t enough oxygen in the tank.

The fish will be slow, sluggish, swim slowly, and not eat much as a result of the low oxygen levels. Your fish’s gills will also begin to move extremely quickly in a futile attempt to suck up enough oxygen to survive.

To put it another way, they will have difficulty breathing, which you should be able to detect just by looking at them.

Your fish will begin to come to the top of the water to seek oxygen from the air above the tank if oxygen levels fall below a crucial level.

If, on the other hand, all of your fish are surfacing and gasping for breath with their mouths wide open, you know there isn’t enough oxygen in the tank.

If any of these things occur, you should know that the oxygen level in the tank is dangerously low and that you need to act quickly.

Low oxygen levels in the water can be caused by a variety of circumstances, each of which has a relatively simple cure. It could be a combination of things, so let’s take a look at what they are right now.

You can always explore putting some air stones in the filter or installing an air pump for better oxygenation. They could be the ideal answers, especially since they will assist minimize all of the issues we’ll be discussing.

Simply said, fish require oxygen to survive, but a fish tank of a specific size can only accommodate a certain number of fish.

This problem can be solved by having fewer fish in the tank, but since you presumably don’t want to kill any fish, you may always upgrade to a larger tank.

You might also split up the fish and keep them in different aquariums. This should also help. Of course, air stones and air pumps can also help a great deal with this issue.

Another factor that can contribute to low oxygen levels in the water is a high water temperature.

Warm water, if you didn’t know, can hold a lot less oxygen than cold water. This could be a difficult problem to solve because some of your fish or plants may require extremely warm water to survive.

However, if the water temperature is 80 degrees and your fish only requires 75 degrees, you can take action to lower the temperature. Cooler water, for example, can be used to achieve a 25 percent or 50 percent water change.

Alternatively, you can pack a few ice cubes in a plastic bag and place them in the aquarium. Another thing you may do is turn off all of the aquarium’s lights and heaters, and, of course, make sure you have a decent thermometer to monitor the temperature.

If you keep too many fish in one tank, they will produce a lot of waste. Moreover, the ammonia and nitrites released by the waste will diminish the oxygen level in the tank.

If the water is stagnant and there isn’t a lot of movement, the oxygen levels in the water will be low. This is especially true when you descend farther into the tank, as there is no oxygen exchange.

Yes, water on the surface absorbs oxygen from the air. So the surface has plenty, but because there is little or no water movement, that oxygen does not get moved to deeper levels. A good filter with a high flow rate and a powerful output pump is an excellent solution to fix this problem.

This will aid with oxygen exchange from the top to the bottom of the tank by causing the water to flow about. Cleaning a filter that isn’t working at full capacity can typically cure the problem, or you may need to invest in a more powerful filter.

A water pump can also be used to create movement. An air stone or air pump will, of course, be beneficial. Water movement and oxygen exchange will be aided by using a powerhead or spray filter to propel the water down deeper after it has been filtered.

5. Too Many Live Plants

This may sound strange because plants absorb CO2 from the water and create oxygen when there is light. When the lights are turned off, however, the opposite occurs, with plants collecting oxygen and creating CO2, making it difficult for your fish to breathe.

As a result, you can remove a few plants from the tank, which should assist. Increasing the amount of light available to the plants by a few hours per day will allow them to absorb more CO2 and create more oxygen.

The best option is to remove as many algae as possible from the water.

In addition, chemicals used to clean water for various reasons might deplete oxygen levels in the water.

Read the label before adding any chemicals or solutions to the water to ensure that they will not have an unfavorable effect on the dissolved oxygen levels in the water.

Related post – Where To Buy Your First Pet Fish?

How To Increase Oxygen In a Fish Tank?

The answer to how to increase oxygen in a fish tank?

We can address strategies to improve the oxygen in aquarium. Now that we know it is introduced rather than already present in their aquarium. There are several of them, some of which are more visible than others but all of which will assist you in your quest for more oxygen.

Increasing Aquarium Surface Area – The gas exchange that takes place on the surface of the water to supply breathable oxygen into your tank takes place there.

This means that the larger your tank’s surface area, the more oxygen will be introduced. To obtain an optimum possible gas exchange, keep this in mind while choosing both aquarium size (water capacity) and aquarium shape (rectangle, cube, bowl).

Surface agitation can be accomplished in a variety of methods, including:

Correctly Stocking Your Tank — This may seem like an odd technique to boost the oxygen levels in your aquarium, but it makes perfect sense when you think about it.

After all, each fish you add to your tank requires oxygen to breathe, therefore the more fish you add, the more oxygen you’ll need. Overcrowded tanks are unable to meet the oxygen requirements of all of their residents.

Taking Care of Your Plants – Plants are wonderful for aquariums, according to the fishkeeping community. Because they use carbon dioxide and emit oxygen. What we don’t hear is that this is only true if plants are provided with adequate lighting.

Plants, believe it or not, absorb oxygen and emit CO2 at night, which means that prolonged periods of darkness may deplete your fish’s oxygen supply.

Plants, on the other hand, are one of the most natural ways to enhance the oxygen in a home aquarium.

Managing Temperature Increases — Cool water, believe it or not, holds more oxygen than warm water. As a result, any increase in aquarium temperatures may result in less oxygen in your tanks.

To avoid this, make sure your tanks are shaded from direct sunlight, especially on hot days, and turn off your aquarium heating. Fans can be used to drop the aquarium temperature to a more tolerable level if the temperature varies by more than a few degrees.

Using Chemicals And Medications With Caution – Certain medications and chemicals, like water conditioners, might have a direct impact on your aquarium’s oxygen-carrying capacity.

Always read the labels on these products and follow the dose size guidelines to avoid contaminating your water.

So, water can only store so much oxygen before becoming saturated, over oxygenation occurs. There is no more oxygen that can be dissolved after the system is saturated. Fish will joyfully and safely breathe in saturated water without any difficulties.

However, problems develop when the water that the fish are inhaling becomes oversaturated. This is a rare event, but it does occur and is the cause of gas bubble illness.

Simply use a quick, easy, and commonly accessible dissolved oxygen test kit from most local fish stores to ensure you prevent this disease.

However, unless you suspect a problem, you don’t need to test your water for oxygen levels.

Low oxygen levels might be equally as harmful to your fish. Before you hurt your fish, learn what indications to look for and how to immediately fix them.

There’s a much easier technique to make sure your fish get enough oxygen without getting too much. Simply follow the instructions above and employ one or two of our oxygen-boosting tips, and you’ll have a happy and healthy breathing tank full of fish in no time.