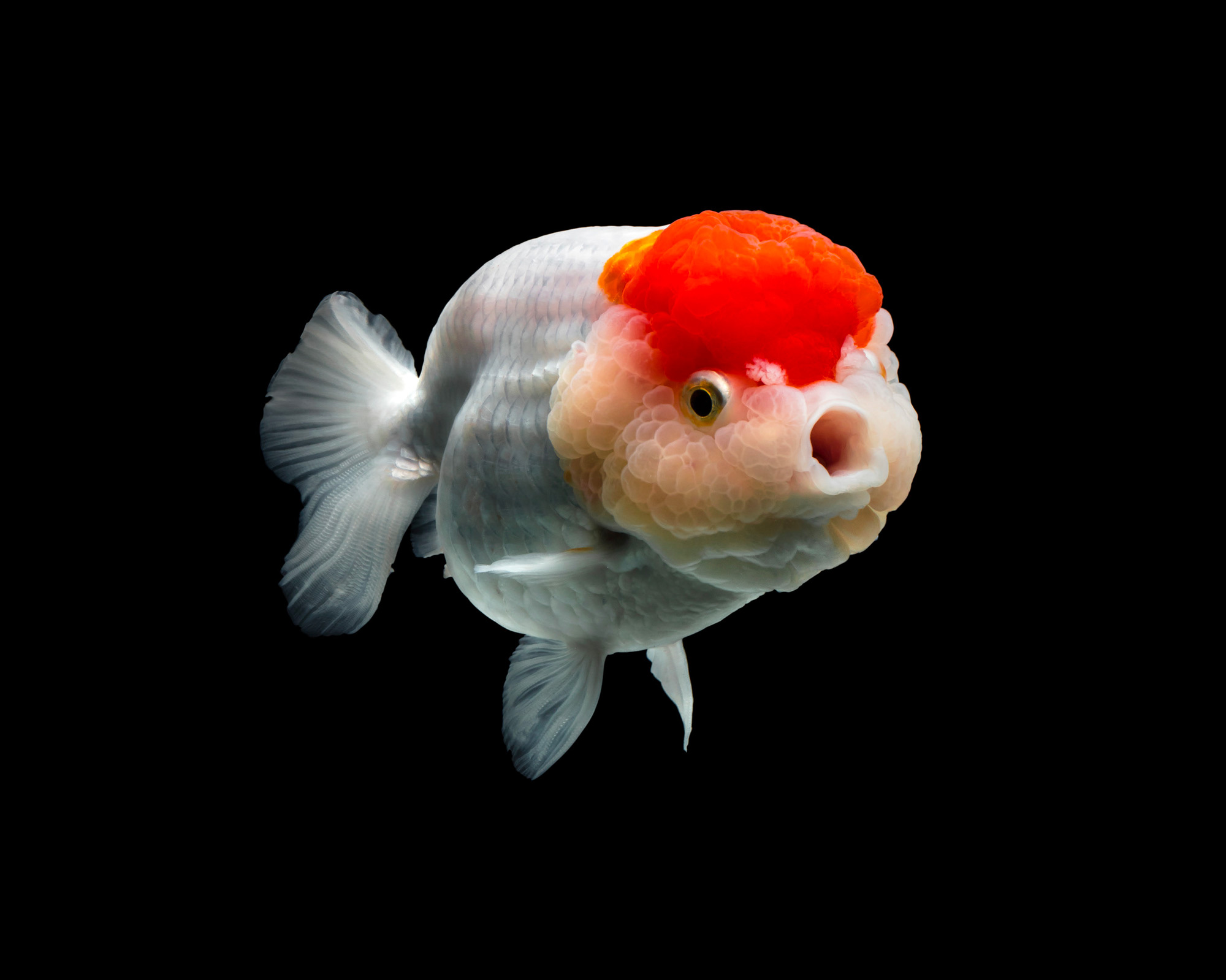 How many hours a day a Goldfish should sleep?

Goldfish sleep 8 to 12 hours per day. Actually, it varies depending on the fish; some Goldfish sleep in the afternoons, while others don’t sleep until late at night.

Furthermore, because goldfish sleep in a dark and quiet environment, you should not leave your aquarium lights on for more than 12 hours.

Ideally, turn off aquarium lights at night so that your Goldfish’s sleeping cycle coincides with yours. They sleep only at night and are active during the day.

In addition, make sure there is no noise source near the aquarium at night.

How Do You Know if Your Goldfish Is Asleep?

There are several ways of telling if your fish is sleeping. Still, it’s not always easy to tell if a goldfish is sleeping. When they sleep, they do not lie down. And, unlike other animals, they are unable to close their eyes. If your pet appears to be less active, this is a good indication that they are sleeping.

When goldfish are sleeping, they prefer to stay near the bottom of their aquarium. Your pet prefers the cooler temperatures in this area of the tank. And they will appear to be floating while remaining mostly motionless.

They don’t cling to the tank floor, but they do float a few inches above the surface. Goldfish also have an unusual tendency to lean their bodies downward.

When you observe this behavior, you may be worrried that your fish is sick or dead. In most cases, however, there is no need to worry. They are most likely sleeping. While they are in this state, some actions may be observed.

However, this does not imply that they are awake. Goldfish require a small amount of movement while sleeping in order to properly stabilize themselves and breathe in the water. As a result, their gills and fins may flutter lightly while sleeping.

Look at the color of their scales if you need more proof of their peaceful state. When goldfish are sleeping, they turn a lighter shade of color. This is your pet’s natural defense mechanism. In the wild, this allows them to hide from predatory fish. It lets you know that they are sleeping in your tank.

Sleeping Patterns of Your Goldfish:

Goldfish can sleep at any time of day or night. However, they will only sleep if certain conditions are met. They require a dark and quiet place to rest. As a result, most Goldfish are active during the day and sleep when the sun goes down.

Because they can’t blink or close their eyes, these fish prefer to sleep in complete darkness. If it’s dark enough, they’ll nap in the middle of the day. However, they usually fall asleep at night.

The lidless eyes of your Goldfish may appear strange or troublesome. They have, however, naturally adapted these characteristics for their own safety. Goldfish have wide eyes that are constantly on the lookout for danger.

So avoid making sudden movements near your fish, as this will stress them out. Also, keep this in mind before going to bed. When people crowd their tank and turn on the lights, your pet will not sleep well. You should be aware of this and modify your tank’s settings accordingly.

What if your Goldfish sleeping a lot?

If you notice your Goldfish sleeping a lot, it could be because it is not getting a positive environment in your aquarium, which can also affect its growth.

It is harmful to your fish and causes nerve damage if the temperature of the water in your aquarium is too high. As a result, you should keep the water temperature low. Goldfish prefer temperatures ranging from 16 to 22 degrees Celsius.

How do you cool the water in your aquarium?

You have several options for lowering the temperature in your aquarium.

(a)First and foremost, turn off the aquarium lights.

(b)Place some ice cubes in a sealed bag and place it inside the aquarium.

(c)Take the lead out of the aquarium.

(d)Place a table fan near the aquarium so that the air blows above the surface of the water, or use cooling fans specifically designed for aquariums.

(e)Make certain that your aquarium is not directly exposed to the sun’s rays. Even better, keep your aquarium in a room with no direct sunlight. Because it has the potential to raise the temperature of the room and aquarium.

High water temperature not only causes nerve damage in your Goldfish, but it also lowers the oxygen levels in your aquarium because hot water holds less oxygen than cold water.

Another reason your Goldfish is sleeping so much is that it is in a small tank.

Goldfish generate a lot of waste, and when kept in a small tank, the tank water becomes overly concentrated with ammonia due to the waste, causing stress in the Goldfish.

So, for a Goldfish, you should use a large tank because it will dilute the ammonia in the water. A good rule of thumb is 20 gallon per Goldfish.

How do you determine the ammonia level in your aquarium?

The Seachem Ammonia Alert stripe is the quickest and fastest way to check ammonia levels in your aquarium.

It will constantly monitor the ammonia levels in your aquarium.

Your tank should ideally contain no ammonia, but if it contains more than 0.2 mg ammonia, it is extremely harmful to your Goldfish.

How can you reduce or eliminate ammonia in your tank?

If you’ve noticed a high ammonia level in your aquarium, there are a few ways you can do to reduce it.

(a)The simplest method is to perform a water change of up to 50%.

(b)If you recognise any uneaten food on the tank’s surface or at the bottom, you should erase it because it produces ammonia. You should also reduce the amount of food you feed your fish.

(c)Remove any dead or rotting plants from your aquarium as well.

(d)If you observe any dead fish, remove them from the aquarium immediately.

(e)Also, check to see if your filter is clogged. The filter is an essential piece of equipment for your aquarium because it is where beneficial bacteria grow, which aids in the reduction of ammonia in the tank. If you recognize that the water is not flowing freely from your aquarium filter, you should unblock it.

(f)To reduce ammonia in your aquarium, you can use chemicals such as Seachem AmGuard.

A low oxygen level could also be the cause of your Goldfish’s excessive sleeping and inactivity.

A low oxygen level in your fish tank can be caused by a number of factors.

Reasons for a low oxygen level in your fish tank include the following:

1.Overstocking – It is a very popular cause of low oxygen levels in your fish tank because if you put a lot of goldfish in a small tank, there will be a lack of oxygen in your tank. A 20-gallon aquarium is required for a single Goldfish.

3.Lack of water moment – If your aquarium has very little water movement, this could be the cause of your aquarium not having enough oxygen because the movement of the water assists to aerate the aquarium.

4.Low lighting – If your aquarium contains live plants and it does not receive enough light, the plants will begin to produce carbon dioxide instead of oxygen, lowering the oxygen level in the aquarium.

5.Chemicals and medications – If you use a lot of chemicals or medications in your aquarium, it will reduce the oxygen levels.

Methods for increasing the level of oxygen in your aquarium:

If you’ve discovered a lack of oxygen in your aquarium, here are some methods for increasing it.

1.Pouring water from some height – In an emergency, the easiest way to oxygenate an aquarium is to easily pour down the water from a height using a jar or pitcher.

3.Use an air pump – The most dependable and efficient way to improve oxygen in your aquarium is to use an air pump. Check out our top-rated Air Pump.

When do Goldfish sleep?

As a result, when you go to bed at night, you should turn off the light so that your Goldfish can sleep as well.

You should also avoid leaving your aquarium lights on for more than 12 hours per day.

What is the best way to tell if a Goldfish is sleeping?

Goldfish do not sleep like humans do when they are on the surface.

When they are sleeping, they usually hover about 1 inch above the bottom of the aquarium.

Goldfish do not have eyelids, so their eyes are open even when they are sleeping.

Also, when they sleep, their color starts to fade slightly; this is a natural behavior that provides protection to them in their natural habitat.

When Goldfish are sleeping, their mouths are turned down and they stay in one place, near the bottom of the tank.

They usually sleep near the tank’s decorations or in a corner.

What happens if the Goldfish don’t get enough rest?

When Goldfish do not get enough sleep, they become less active, just like humans.

Their metabolism slows and their immunity weakens, increasing the risk of bacterial infection in them.

How can you tell if a fish is sick and not sleeping?

If your fish is floating sideways and leaning to one side, this is a sign of a bacterial infection.

If your fish is lying on the bottom of the tank, this could be a sign of swim bladder disease.

So, how much time do Goldfish spend sleeping? Goldfish typically sleep 8 to 12 hours per day, but this varies depending on the fish.

Some Goldfish nap in the afternoon, while others do not sleep until late at night.

If you observe your Goldfish sleeping a lot, it could be due to a number of factors such as a low oxygen level, a high water temperature, or a high ammonia level.

Because goldfish prefer to sleep in the dark and in a relaxing space, they usually sleep at night.

Goldfish do not have eyelids, so their eyes are open even when they are sleeping.